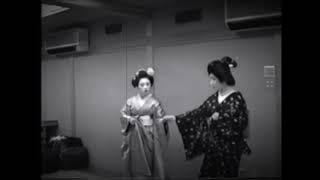 Notes from a Rock and Roll Journal - 1

On a random day in 1976... I remember carrying my acoustic guitar to North Junior High School, in Watertown, New York. I was in the 8th grade.

I brought the guitar to accompany the chorus that was under Mr. Powell’s direction. I also planned to play some sheet music with a friend of mine, Brian Schick, who was a piano virtuoso.

I was messing around with my guitar on the stage when a kid walked in and asked, "Is that your guitar?"

I only had the vaguest idea what jamming meant, but I said yes.

I followed him to one of the practice rooms, where he showed me his Fender guitar and Champ amp. He started playing “Taking Care of Business” by Bachman Turner Overdrive - one of my favorite bands - but I didn’t know how to play the song.

He showed me the chords. We played a few bars together and then he started to solo. I stopped to watch.

"What are you doing? Keep playing!" he urged.

"Same thing you were playing before."

Amazing. He was my age, but he was playing 20 years ahead of me.

I tried to copy what he was doing, to no avail.

He stopped me and said, "You’re clearly a blues player."

"Really?" I was pleasantly surprised that I had a style.

"Yeah, it must be the blues... because it sounds so sad."

Then he asked the question that changed my life, "Want to start a band?"

I was bad, but I wasn’t stupid.